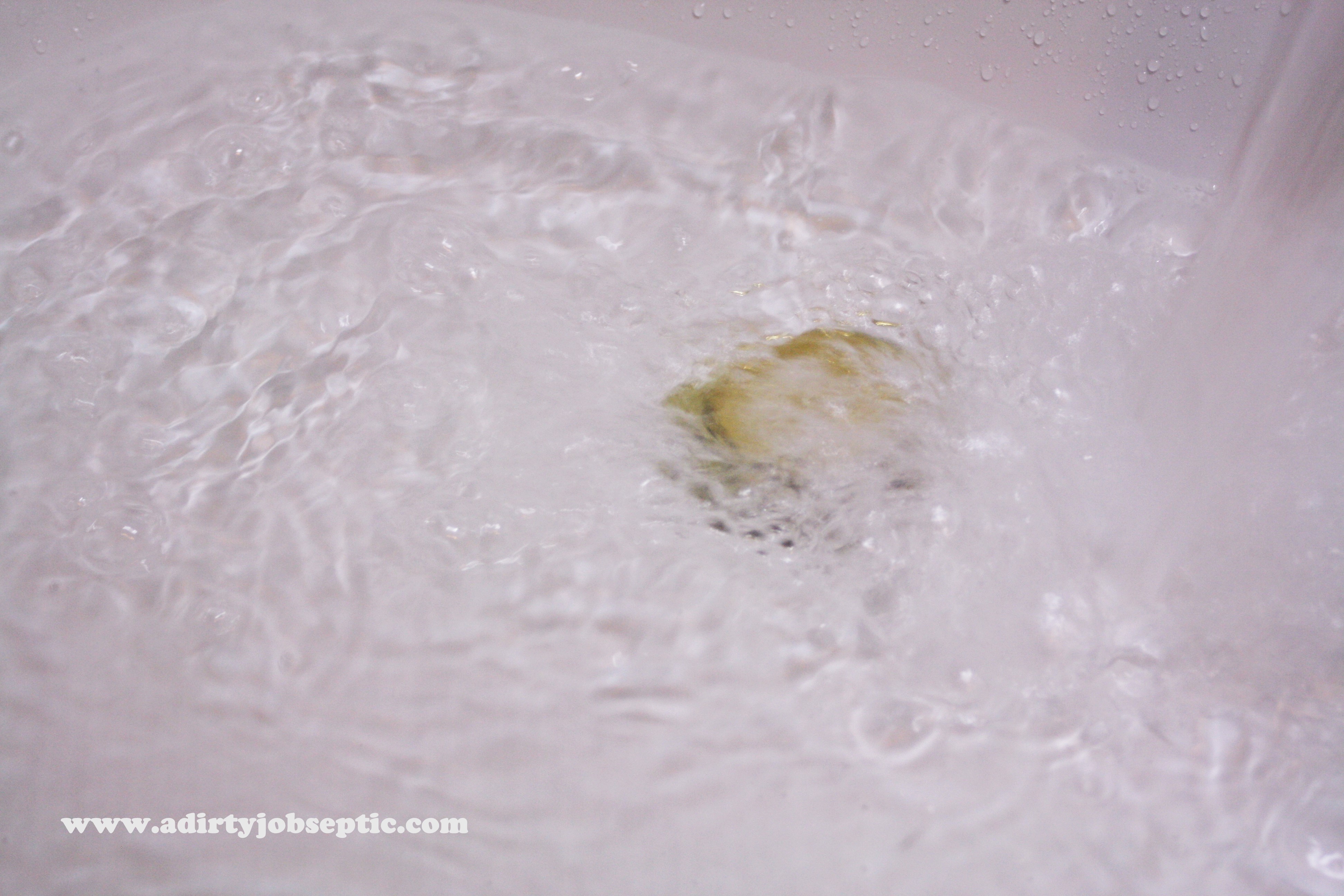 Many times, over the ten years we’ve been in business, I’ve received distraught phone calls from potential customers in a heightened state of panic. They’re in desperate need of someone to help them IMMEDIATELY, if not sooner, and I can’t blame them. I’d be desperate too if I had poop backing up in my tub. The toilet is nearly, if not already, overflowing into the floor, the plumbing has been making strange “glub, glub” noises for days, and now NOTHING will drain out of the house. It seems that it’s all finding it’s way into the bathtub. Those are awful situations, but they happen all the time.

1. A Clog in the Main Drain Line

Clogs are the number one reason septic waste can’t leave your home.

Septic backups usually start in your bathtub, but always start in the lowest lying drain in your home. This means if you have a floor drain in your basement that’s where the poop will come back through first, but that could also be a washing machine drain pipe, a basement toilet, or a stall shower.

If you don’t have a basement, septic backups are, usually, first seen in the bathtub closest to the septic tank. This is because it’s the first available area for water to backflow into.

When you have a clog in the main drain line leaving the house, no amount of plunging your drain or liquid clog dissolver is going to clear the blockage. (It would be too diluted by all the other water in the line.) At this point, you’ll have to manually clear what’s holding everything up yourself or call permitted septic tank personnel. (Plumbers, at least the ones in our area, don’t typically handle this type of problem.)

If you’re going the DIY route, here are your options…

Check outside of your home for a cleanout pipe sticking up out of the ground. It’s a piece of capped off PVC pipe with a raised square. (If you open this pipe and, using a flashlight, don’t see water in the pipe, you may need a plumber.) If you see water in the pipe and are willing to use a plumber’s snake, similar to the one pictured and available at your local hardware store, you may be able to clear the clog on your own and keep your hard-earned cash in your pocket.

Uncover your septic tank (read How to Locate Your Septic Tank, for help) and using the plumber’s snake, clear the clog from the main drain line coming into the septic tank. You might even get lucky and can knock the clog out of the way with a stick. (It does happen, just not very often.) You’ll need to uncover the inlet side of the septic tank lid, open the cover, and take a peek inside.

Is the pipe coming into the tank covered with water? Knock the poop, grease, and paper out of the way and check. If it’s ¾ covered or fully submerged, that could be your problem. For some reason, greywater isn’t leaving the tank and leaching out into the field or leach lines on the other side of the tank.

If it’s not covered, you either have a clog or a plumbing problem.

A septic tank that is overfull, is just that…overfull.

If the pipe transferring all the wastewater from your house to your septic tank is covered, or mostly covered, by water, it’s due to a problem on the field line or leach line end of the tank.

In this case, the tank would have to be pumped to allow the wastewater backing up inside the house to drain out. Unfortunately, this won’t solve the problem. It just puts a bandage on it and will allow you to go about life as normal…until the tank refills to its capacity. Then, you may have this problem all over again.

Sometimes, pumping the tank will buy you more time as it allows the ground containing those lines to dry out some. Though, there’s no way of knowing how much time you have until the next backup.

To Repair a Field or Leach Line Issue

To repair this problem you may need to contact a septic line installer. Check with your state’s Department of Environment and Conservation for more information and a listing of licensed septic system installers. You may also find a list of permitted septic pumping contractors.

Disclaimer — These are my own opinions formed from owning a septic pumping company for the last eight years. If you try to repair the problems mentioned above, you’re on your own. I won’t be held responsible for damages you may or may not have from attempted repairs. Use common sense, and if in doubt, contract it out!